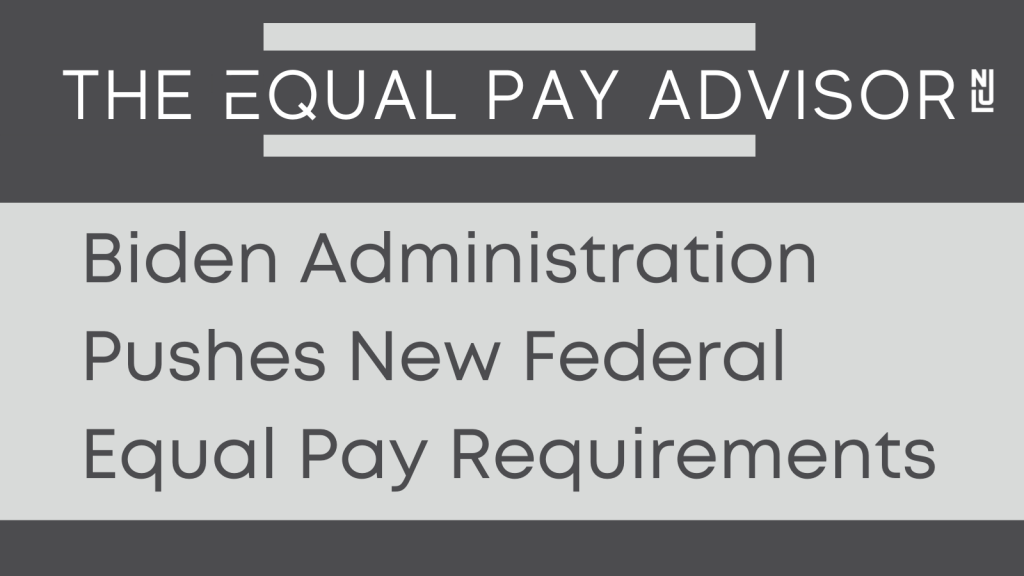 During the Trump Administration, equal pay advocates focused their attention on legislative and regulatory changes at the state and local levels. These advocates believed change was impossible at the federal level. Still, they successfully convinced states to revise their equal pay statutes and enhance state-level protections against pay inequities. However, with the changing of the White House, pay equity advocates have refocused their attention back on the federal government.

The Biden Administration has announced its support of the Paycheck Fairness Act, which was reintroduced in Congress in January of 2021. Given that the Democrats control the House, the Senate, and the Presidency, the Paycheck Fairness Act has a much greater chance of becoming law in 2021. This year could see the first federal legislative effort on the pay equity front in over a decade.

The Paycheck Fairness Act would significantly increase an employee’s ability to commence a claim under the federal Equal Pay Act in several ways.

Each of these changes would affect an employer’s ability to defend against an Equal Pay Act claim. Initially, the employer would need to show that whatever factor created the compensation disparity (e.g., performance, tenure, etc.) was job-related and also that there was no alternative factor that could have been used to determine compensation that would not be correlated with gender. As a result, if an employer compensated employees based upon tenure, and that decision created a gender pay inequity, the employer would need to show that it does not have an alternate mechanism to compensate employees that would not result in inequity. Second, the employer would need to show that any explanation for a pay inequity was sufficient to explain the entire disparity in compensation. As a result, an explanation that merely eliminated a portion of the disparity would not be a valid defense to a claim. Finally, the employer could not rely upon an explanation that is itself correlated with gender, such as compensation history, since that history might itself be a product of gender-based discrimination.

The Paycheck Fairness Act would also amend the EPA to specifically allow employees to disclose information regarding their wages. Employers would no longer be allowed to adopt policies precluding employees from discussing wages or compensation. This aspect of the Paycheck Fairness Act is specifically designed to facilitate employee discussion about wages, so any disparities that exist do come to light and can be addressed by the employee, the EEOC, and the courts.

Finally, the Paycheck Fairness Act would increase penalties against employers who violate the Equal Pay Act and increase the recovery that employees could receive if they succeed on a claim under the Act.

Employers would be well advised to analyze their pay practices to ensure that they have identified and remedied any pay inequities prior to the amendment of the Equal Pay Act. Given the potential statutory changes and increased regulatory focus in this area, employers should expect to see additional claims in 2021 and for the foreseeable future.