We embrace diversity as a broad and inclusive concept. It encompasses, without limitation, race, color, ethnicity, gender, sexual orientation, gender identity and expression, religion, nationality, age, disability, and marital and family status. We promote diversity to develop and maintain a working environment that encourages openness, identifies and maximizes each individual's potential contribution, and strives to remove barriers to individual achievement.

We accept, as our diversity, mission to become:

NJL has now been officially recognized as one of the largest certified women-owned law firms in the country.  We became certified through WBENC (Women’s Business Enterprise National Council), which validates businesses that are at least 51 percent owned, controlled, operated, and managed by a woman or women. This, of course, is in addition to having women in our President and CEO roles, as well as a majority of women on our Board of Directors.

We acknowledge that achieving our diversity mission requires continued attention, creativity, and dedication of time and resources. A standing Diversity, Equity, and Inclusion Committee, made up of attorneys and staff members, develops and implements diversity initiatives and the Board of Directors incorporates diversity within the law firm’s planning and business development.

NJL Stands with Our Community for Equity & Justice

As advocates and citizens, we at Nilan Johnson Lewis are deeply ashamed and saddened by the events that unfolded in Minneapolis. The death of George Floyd at the hands of those designated to protect our city is simultaneously appalling and reflective of the racial inequities that still exist in our community. As a firm, we stand against these injustices and reaffirm our commitment to eradicating them. Our thoughts and prayers are with Mr. Floyd’s family and all others who have been affected by this tragedy.

We also acknowledge the collective trauma, anger, and desire for reform that have provoked protests in response to this week’s incidents. In some cases, these protests have incited looting and burning, actions that have bred additional fear and pain throughout the Twin Cities. We certainly do not condone lawlessness, and we are especially upset to see the damage inflicted on the communities that are most aggrieved. However, we also understand that—in the words of Dr. Martin Luther King, Jr.—“a riot is the language of the unheard,” and that such violence is often sparked by trauma and rooted in centuries of systemic racism and abuse.

We cannot, and will not, be casual observers to the injustice motivating this week’s events and plaguing the wellbeing of our community. Everyone has the right to feel safe and protected in the city they call home.

We encourage our employees and our community to take a proactive stand against all forms of racial injustice. We remain committed to promoting equity and justice within our organization and our communities. Together, as we begin to heal and learn let us also work to effect change.

The Diversity Committee is committed to providing a variety of opportunities for our employees to become aware of and immerse themselves in diversity topics relevant in today’s world. Examples of some opportunities the Committee has provided are:

Click here to see our commitment to diversity in recruiting and retention.

Nilan Johnson Lewis in conjunction with the Step-Up Program through Achieve Minneapolis provides a paid summer internship opportunity for underrepresented minorities, GLBT students, young individuals with disabilities, and students from economically disadvantaged families, to gain experience working in a professional business environment with the possibility of a scholarship to pursue post-secondary studies in a legal or business field.

We are a proud member of Twin Cities Diversity in Practice! 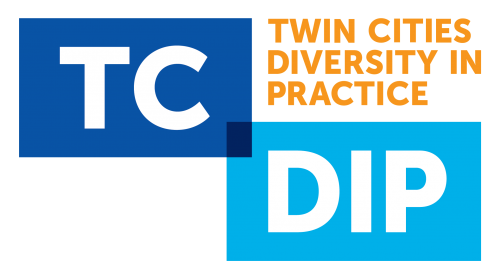