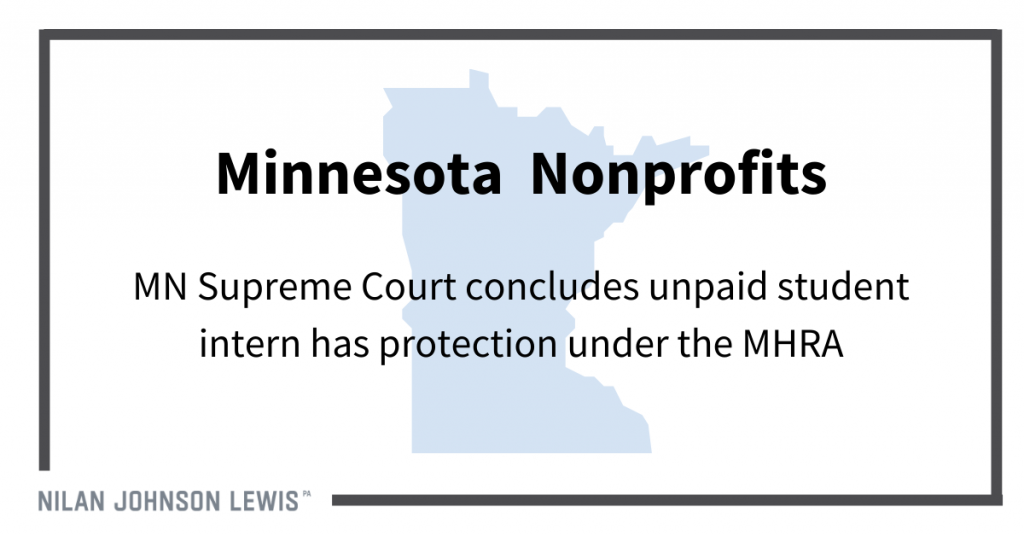 The Minnesota Supreme Court concluded, in a July 29, 2020, decision*, that an unpaid student intern working at a local nonprofit was entitled to the same protection against discrimination found in the Minnesota Human Rights Act (MHRA) as paid employees.

In that case, a graduate student was gaining clinical experience via a practicum at a local nonprofit hospital. The Court said the student was subjected to significant and pervasive sex and race-based discrimination by her supervisor at the hospital. When the student sued the hospital claiming sex and race-based discrimination, the District Court concluded that because she was unpaid, she was not entitled to protection under the MHRA. The Court of Appeals did not address the issue.

The Minnesota Supreme Court reversed the lower Court, concluding that where there are reasons to treat an unpaid student intern as an employee, the MHRA’s protections will apply. Factors the Court found important in reaching this result included: