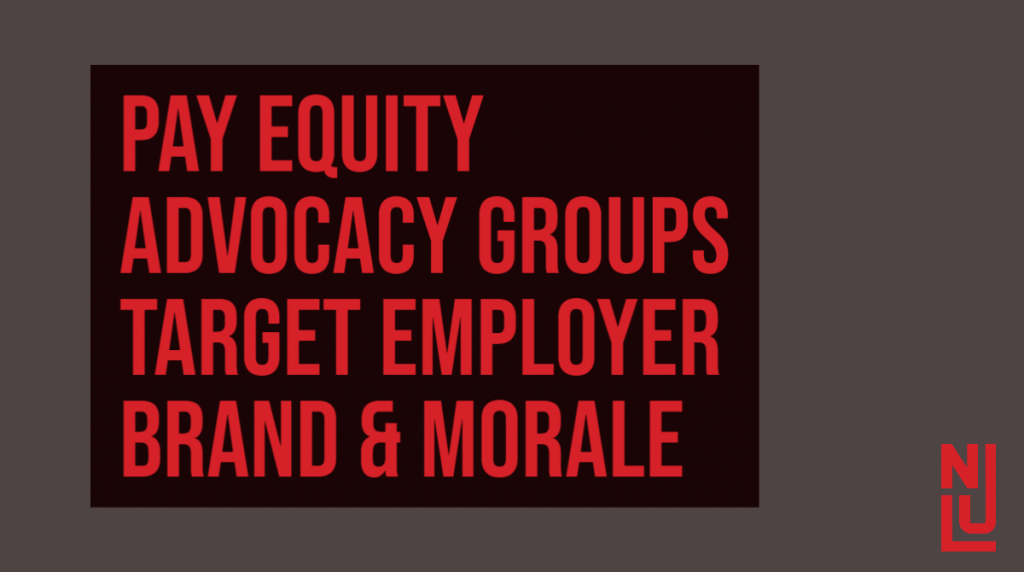 Employers assessing pay equity issues must analyze them in a variety of ways. Pay inequities can create government regulatory problems with the EEOC and OFCCP, for example, and can also present litigation risks in the form of government lawsuits or private class actions. But pay equity issues also can result in brand and morale challenges that may ultimately be more significant than those in the regulatory and litigation contexts. Because of new, creative tactics from advocacy groups, as well as changes in the societal and media environments, employers should place greater focus on the brand and morale aspects of pay equity.

Employers may expect to initially hear about pay equity challenges through a charge of discrimination or lawsuit. But employers are increasingly confronting pay equity challenges in the media. Advocacy investor groups such as Harrington Investments and Arjuna Capital are demanding that publicly traded companies conduct pay equity audits and publicize the results of those audits. If the company refuses, the groups place pay equity issues on the agenda at shareholder meetings. Similarly, some public sector investment funds, such as New York City Teachers’ Retirement System and New York City Police Pension Fund, have demanded that companies release pay equity data or face a shareholder challenge. Many companies have responded to such groups by conducting pay equity analyses and releasing some data regarding those analyses – which can be effective, although some advocacy groups do insist on dictating the terms of the analysis. Given the success of these advocacy efforts to date, we anticipate further activity in this area.

Lawful in the Court of Public Opinion?

The case of the U.S. National Women’s Soccer (USNWT) team illustrates how a valid legal position may not necessarily shield an employer from the brand damage of a pay equity challenge. The significant negative media attention focused on briefs filed by the U.S. Soccer Federation in opposition to USNWT’s pay equity class action illustrates how such positions can create significant problems for the employer. The USNWT’s experience is particularly significant because although the Federation subsequently prevailed on the merits on the motion in question, its president was forced to resign in the face of the public backlash over its legal arguments.

In light of that cautionary tale, employers should carefully structure their pay equity strategies to account for not only regulatory challenges and litigation risk but to also address potentially significant brand and morale issues.