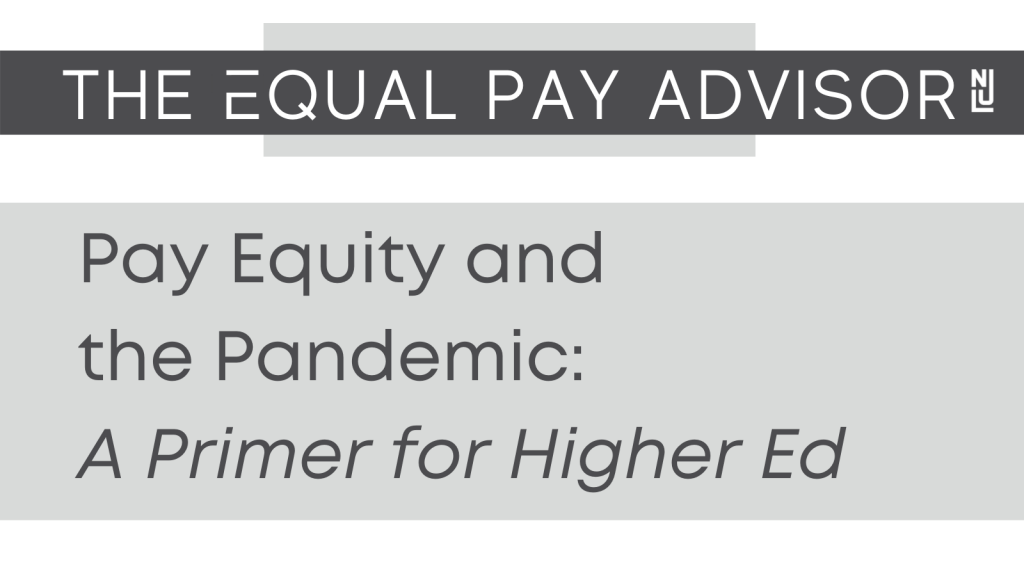 Pay Equity and the Pandemic: A Primer for Higher Ed

After a year unlike any other, colleges and universities are grappling with historical challenges. While adjusting to reduced attendance, converting to online programming, and ensuring a healthy and safe environment, many higher education institutions operated with significant budget shortfalls. The resulting furloughs, layoffs, and work reductions may add a wrinkle—pay equity complaints.

The federal Equal Pay Act (EPA) prohibits sex-based wage disparities among employees who perform “equal work on jobs, the performance of which requires equal skill, effort, and responsibility, and which are performed under similar working conditions,” unless the pay differential is based on a legitimate factor other than sex. 29 U.S.C. § 206(d). These “legitimate factors” range from seniority and merit systems to the broad category of “any factor other than sex.” This means different things, depending upon the jurisdiction.

Recent state law developments—most of which make pay equity claims easier to advance and harder to defend—have only increased the likelihood of litigation and magnified institutions’ potential exposure. Most prominently, many of these laws severely constrain an employer’s ability to argue that different jobs do not perform similar work.

In the academic arena, heavily litigated areas include coaches claiming they are paid less for coaching women’s sports. Professors are also a common source of such claims. In other industries, employees jump to different jobs several times throughout their careers, and each move results in an adjustment to salary based on current market conditions. But the academic tenure-track system encourages faculty to stay put, earning incremental pay adjustments over time. On occasion, this results in new hires demanding salaries that significantly outpace those with more seniority. Some courts recognize these types of market conditions—unrelated to sex—as a legitimate factor explaining a wage disparity. Other courts take a hardline view against any reliance on market conditions in setting starting pay.

Colleges and universities may guard against these claims through regular pay equity audits to identify individuals performing “equal work” (or, in states with more expansive pay equity laws, “substantially similar work”) and determine whether a legitimate explanation accounts for wage disparities, if any.

For disparities that cannot be explained, the audits enable employers to identify areas for pay adjustments to minimize legal risk while also allowing for a root-cause analysis of policies and practices potentially underlying pay disparities.

Conducting audits become particularly important now because some of the factors key to the analysis of who performs “equal work”—including workload and responsibility—may have drastically shifted during the pandemic, leaving higher education institutions more vulnerable than ever to these types of claims.

It is worth noting that the EPA and state pay equity laws do not require employers to reduce pay of higher-paid employees but instead facilitate other remedies. Academic institutions should carefully review how pandemic-era adjustments have impacted the work of faculty and staff and make any upward compensation adjustments or reallocate work to avoid unintended wage disparities.