Plenty of Room at the HR California: Will Wage-and-Hour Laws in the Golden State Apply to Visitors?

Human resource departments nationwide are attuned to the California Supreme Court, which has received briefs and awaits argument later this year to address whether California’s generous wage-and-hour provisions apply to out-of-staters traveling to the state for work. Arising from claims brought by pilots and flight attendants who spend small percentages of their time in or above California, the cases could apply state statutes involving minimum wage and overtime, payment timing, required meal and rest breaks, compensable travel time and more to all U.S. workers who travel to California. “It’s impossible to overstate how big of an impact this would have if the justices find in the plaintiffs’ favor and determine wage-and-hour laws have extraterritorial reach for infrequent, episodic work in California,” said Nilan Johnson Lewis’ Joel O’Malley, who practices law in Minnesota as well as California, and frequently litigates class, collective and Private Attorneys General Act (PAGA) actions in the Golden State. “Depending on how the court decides, California’s labor code and wage orders could easily extend beyond the travel industry to any worker entering the state for sales calls, events, trainings or other purposes.” O’Malley recommends most employers take a “wait and see” approach for now, but says non-California companies with workers spending prolonged time in California may want to revamp wage statements; revise meal and rest break guidance; and reevaluate policies, procedures and time-keeping systems, including requesting employees notify or ask permission before traveling into the state. 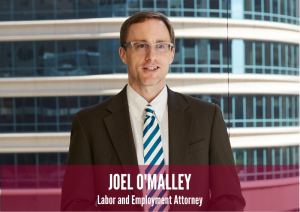 “These issues can get very granular and are fertile for class actions. Some companies may want to nationalize California’s wage statement format for all employees in an abundance of caution, but it’s really a business decision based on how much travel and time occurs in California,” adds O’Malley. He notes that some businesses have moved their offices out of California to avoid its onerous wage-and-hour laws but could now re-encounter them any time workers visit the state. “These employers must feel as if they can’t escape the administrative burdens.” Contact Joel O’Malley at or 612.305.7757 or jomalley@nilanjohnson.com.