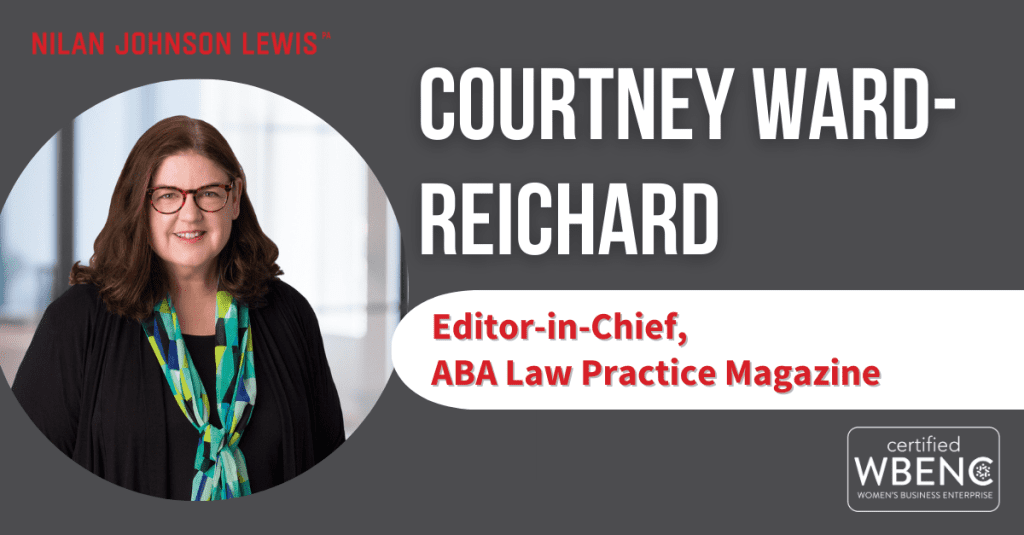 As editor-in-chief, Courtney chairs an editorial board of 16 attorneys who are responsible for overseeing all aspects of production for the magazine, from content to authors to design.  Courtney has served on the Law Practice Magazine Board for more than 10 years, and has also served as issue editor, columns editor, features editor, and vice chair.

Courtney has been an attorney with Nilan Johnson Lewis since the firm was founded in 1996, and defends companies across industries against claims of product liability, employment, and commercial litigation matters. She’s integral to the firm’s eDiscovery practice and recently became the firm’s knowledge management and information research counsel.