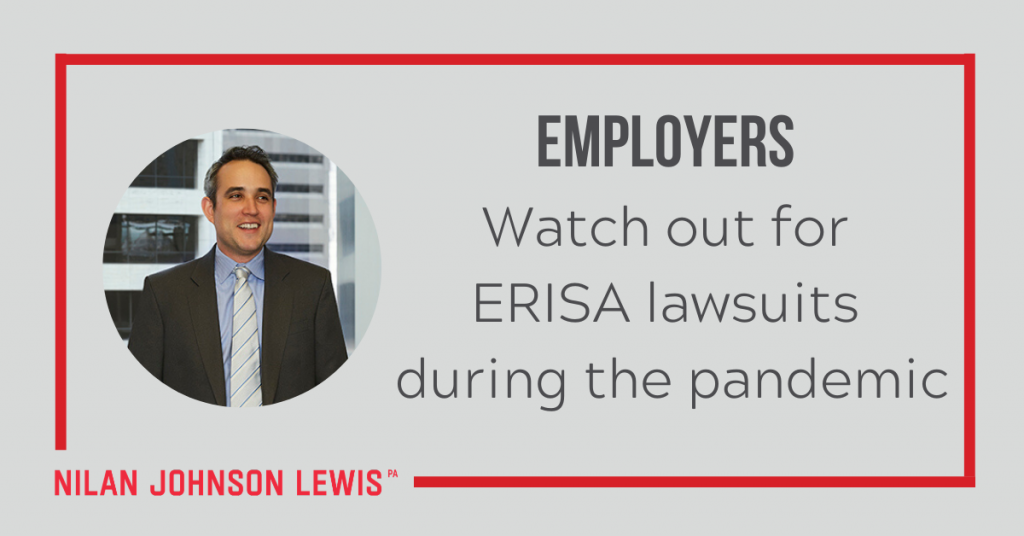 Employers: Watch Out for ERISA Lawsuits During Pandemic

ERISA lawsuits typically grow in numbers whenever there is an economic downturn. Though COVID-19’s financial impact is still unfolding, employer-sponsored employee-stock ownership plans (ESOPs) and the employers themselves are likely to once again face a heightened risk of litigation. In particular, we anticipate a rise in so-called “stock-drop” lawsuits involving ESOPs.

This kind of lawsuit is typically based on three key allegations:

The risk of facing this type of lawsuit will likely increase for plans and employers in specific industries such as retail and hospitality. Plaintiffs will likely allege that their employers, or their executives, were privy to non-public information that could jeopardize the value of the companies’ stock. For example, the employer may have known about significant reductions in force or defaulting contractual obligations but not disclosed such information publicly, resulting in a drop in the value of the company’s stock when the information was disclosed.

To minimize this risk, employers, in their role as plan sponsors or administrators, should review the governing plan documents to confirm their obligations to the ESOP and under the ERISA. These employers should also review their internal decision-making authority and process to ensure they are adequately identifying and disclosing information as required by the ESOP and ERISA.