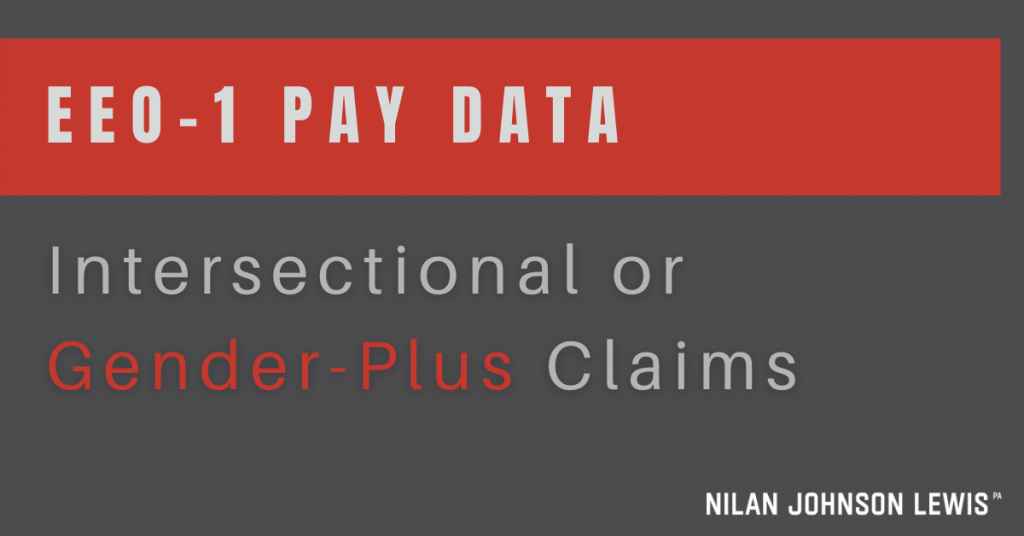 Employers that provided EEO-1 Component Two pay data to the Equal Employment Opportunity Commission (EEOC), or are currently preparing to provide data to the California Department of Fair Employment and Housing (DFEH) as part of California’s new pay data reporting requirement, are doubtless interested in learning how the agencies will use the data. One likely answer is that the EEOC and DFEH will use employer’s data to identify instances of “intersectional” pay discrimination. That is, claims of pay discrimination that involve the combination of two or more protected classes (such as race and gender), which are also commonly referred to as “gender-plus” claims (e.g., gender-plus-race). As the EEOC explains in its Compliance Manual:

In recent years, enforcement agencies have been increasingly focused on the issue of intersectional discrimination in the area of pay. For example, in July 2020, the New York City Comptroller, writing on behalf of several of the city’s retirement systems, sent letters to the CEOs of dozens of S&P 100 companies asking them to publicly disclose their annual EEO-1 reporting data. Among other requests, the letter called on the companies to release “particularized data that will allow investors to assess the representation and progress of specific racial and ethnic groups by gender, such as Black female employees.”

Likewise, the Office of Federal Contract Compliance Programs (OFCCP) stated in an August 2018 Directive that it would explore the “interaction of sex and race” in its regression analyses of government contractor’s compensation data. And in testimony offered to the EEOC in late 2019, experts called on the Commission to use the EEO-1 data that it collects to identify larger pay gaps for women of color.

This heightened focus on intersectional pay discrimination highlights the need for employers to expand the scope of their proactive pay equity analyses to include combinations of protected classes that include both gender and race/ethnicity. Of course, intersectional analyses necessarily involve smaller groups of individuals. And having sufficiently large samples to conduct relevant statistical analyses can pose obstacles to employers looking to conduct these kinds of analyses (as well as to plaintiffs looking to bring claims).

Nonetheless—as the issue of intersectional pay discrimination continues to gain prominence, calls on companies to disclose gender-plus pay information grow louder, and enforcement agencies like the EEOC, OFCCP, and DFEH are now armed with the data needed to investigate and take enforcement action against companies with intersectional pay gaps—employers are well advised to identify larger intersectional subgroups in their workforce and include those subgroups in their pay equity audits. For most mid-to-large sized employers, this means they should, at the very least, investigate whether they have significant pay gaps for Black women, Hispanic/Latinx women, and Asian women and, if so, focus remediation efforts on those intersectional subgroups.